As opposed to a need for temporary classrooms in 2072, many schools have benefitted from extra furniture assistance this year. Schools constructed mainly of stone and clay walls were obliterated in the worst hit areas, along with them furniture of all sorts from desks and benches, to tables and chairs, cupboards and computers. Nagarhope has assisted over 20 schools with such goods, many projects involve ECD (Early Childhood Development) Classroom assistance. The ECD and younger classes we have supported mainly involved carpet, low tables and cushions, creating a simple and effective teaching and learning environment for both teachers and students alike. Desks and benches have been in big demand for those schools that had already benefitted from reconstructed classrooms. 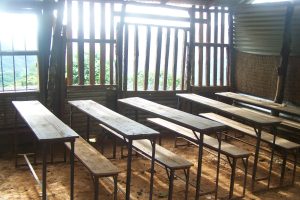 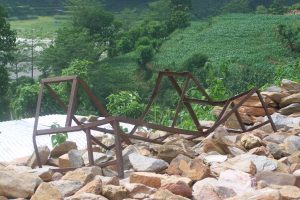 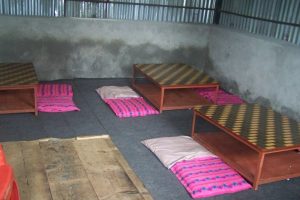 Some schools simply asked that some relief be given to the students themselves. Whether it was giving students a new uniform or giving school bags, it was so comforting to see the smiles on the faces of children. Many students whose houses were destroyed lost all their school belongings, dress, books etc. . . 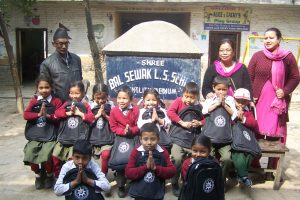 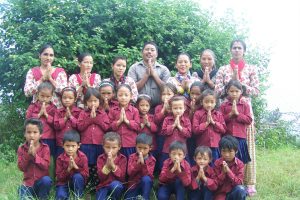 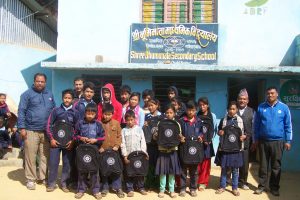 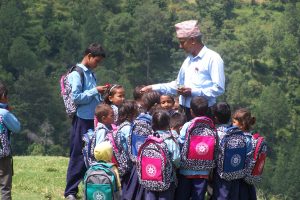 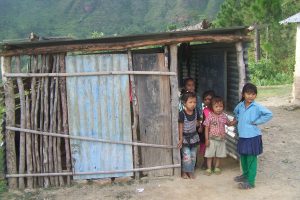 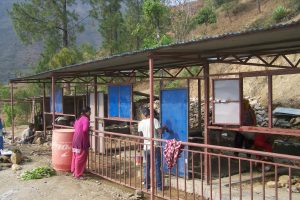 Our first attempt at an application for a grant was successful when Electric Aid Ireland approved a grant for rebuilding Devi Primary School, in Bhirpani, Ramechhap district. Approved in early 2017, work was mainly completed by August 2017, which included rebuilding a 3-roomed classroom block and toilet reconstruction. A big thanks to the school committee, Gita Miss, the principal, and the local workers involved. Apart from our own school, this was the only large scale project since the earthquakes and stands as a testimony to our reconstruction effort as a whole. 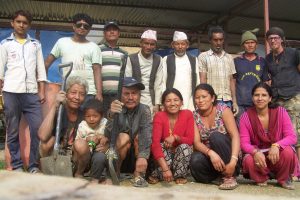 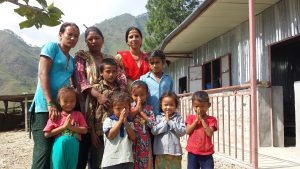