The following is Sodha’s story in her own words. Nagarhope has helped Sodha’s education through Secondary Level and then on to Nursing College. To be honest, Nagarhope was there to pay the fees every few months, all the hard work to succeed was Sodha’s own doing. 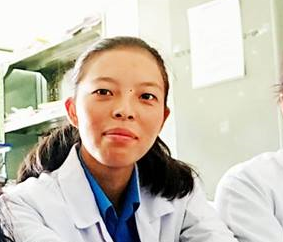 Her confidence in what she wanted to be, her determination in achieving her goal, her headstrong attitude in knowing she could  . . . . . . well, success lies within . . . .

Hello one and all!  Hope all is well with you all…  A huge namaste from Nepal…

First of all i am very sorry for not updating you all about me for a long period of time..

Today i just am going to share you my experiences since my last updates.  I am very much thankful to Nagarhope; who helps me to be what i am today. I wouldn’t have been here in this status without it’s aid and support.

You all might have known that i was a nursing  student from the previous story.  I just want to update it for your kind information. Now i am able to be a police nurse(sub-Inspector of police).

I was a graduate nursing student after I completed  my PCL nursing last January. After that i wandered here and there a lot to find the job.  I applied, dropped and appeared various written  exams and interviews in many hospitals around Kathmandu  valley. I was  disqualified  somewhere  in interviews and somewhere  qualified in waiting  list(alternatives). I have to wander around  9 months  to get a job s a staff nurse in Hospital.

Once i visited my grandma to Nepal police hospital. There my eyes stuck upon the uniform of police nurse. So i began thinking whether i could  be so or not. After few months police hospital also announces vacancy and i applied for the same. I attended several stages of exams; physical examination, general health checkups (dental, blood, urine, nervous  system, X-rays etc), written examinations, physical activities and a interview which takes around 7 months from the date of vacancy announcement up to the date of appointment.

In between i had also appeared an examination in civil service hospital where i was selected for the post of staff nurse. So i started working there since the last week of January 2017. After a month i was notified from police Headquarter that i am selected in police hospital. So I resigned at Civil service hospital and start working at police hospital since March 2017. From the second week of May 2017, we were sent to Junior Police Officer’s College, Bharatpur for the 3 months  basic police training. There we were confined for 3 weeks. We had a busy schedules there with early morning PT, parades, classes, game time and so on. During that training, we were taught with laws, police policies, etc and skilled with various skills such as swimming, firing guns, karate etc which was the golden opportunity for us(police nurses) as other nurses don’t get so..

On the middle of September 2017,we were graduated from the training as sub-inspector of police. I really felt very much excited and happy during graduation ceremony and felt myself lucky to have a multiple responsibilities; as a nurse and as a police officer too being a girl in Nepal. I began an example to my dad who always wants a baby boy, proving  that daughter can also do the same thing that a boy can if they are given an equal education and opportunities as son, as the preference  to son still exists in Nepalese societies..

This is how i am here today due to Nagarhope’s aid, support and my own hard work and dedications as well. So i am very much grateful to Nagarhope members who involved and supported me directly or indirectly. And i also hope to get your continuous aids and supports in the upcoming future too…

Salute to you all…
Thank you Hope to be in touch with you all.. 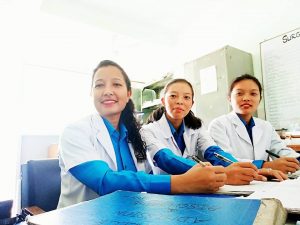