On April 25th 2015 a massive earthquake struck Nepal, again the next day, followed by a third on 12th May. The devastation caused and loss of life and infrastructure affected millions of people. Nagarhope’s school though not flattened completely, was badly cracked and irreparably damaged. We were only up and running a year and were looking forward to a fresh intake of both students and staff. 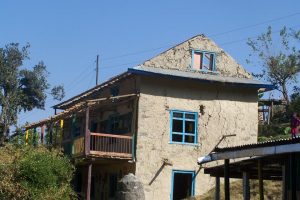 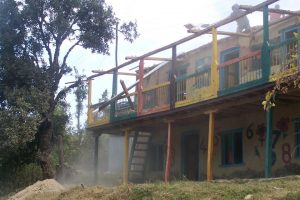 The government of Nepal issued a directive to all educational institutions to postpone classes for 1 month; this was further extended to 45 days. Over 35,000 classrooms in the affected areas were destroyed, many more badly damaged. This 45 day period was given to schools to construct temporary classrooms to run classes. Those 45 days was an amazing time, volunteers and helpers from around the world, and Nepal, came to Sathikurya to help us construct a temporary building. 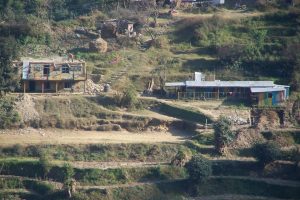 As the initial building had not collapsed, no materials could be re used. A team of up to 30 volunteers stayed in tents and worked long days laboring, digging, carrying wood and bamboo, throwing stones. We constructed a 10ft by 40ft three roomed corrugated tin building consisting of 2 classrooms and a small kitchen, as well as a toilet and septic tank. We were back up running classes again by the end of May, adding JKG (Junior Kindergarten) class. 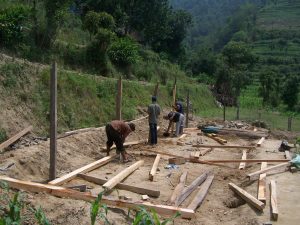 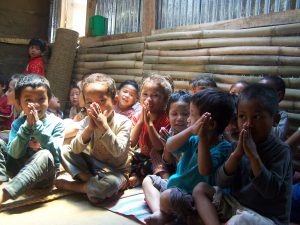 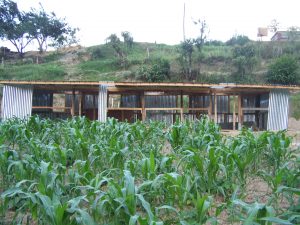 A massive thanks to all the workers and volunteers who helped us at this time. They also gave up their time assisting villagers salvage materials from their destroyed homes. In the face of adversity, a community spirit and dedicated friends came together to build a school in 40 days.

Another temporary classroom was constructed the following year to accommodate SKG (Senior Kindergarten) Class which commenced in April 2016. We now had 40 kids and 5 staff attending our Pre-School. 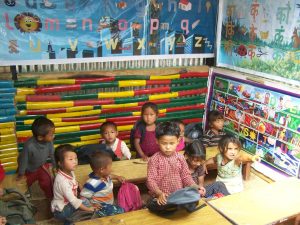 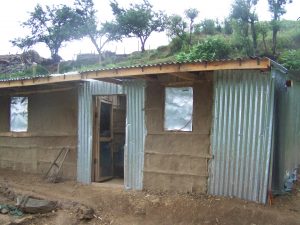