We had plans to construct a small storeroom in Sathikurya shortly after the road was opened, but our Nagarhope Nepal chairperson at the time, Dhurba Bhujel, suggested we build a house that could be used to accommodate volunteers as well as to store materials. In late 2013, work started on collecting materials. Styled on the typical Nepali stone and clay house, an enormous amount of work goes into such a venture even before the foundation stone is laid.

A local, Dhurba Dhakal, the builder, along with his hard working team had to source all the stone and wood needed for the construction. About 70 trees were felled and 45 truckloads of stone sourced. Stones were dug and carved from the hillside, each tree had to be felled, cut to size, escorted to the nearest road, dried in the sun, transported to the mill, sawn into size before ending up on site. Each door and window was made on site, as well as wood used for pillars and beams, floorboards and rafters, stairs and joists. 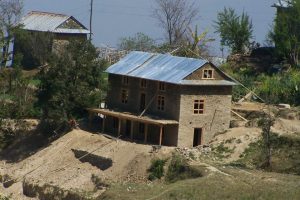 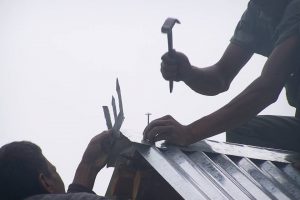 It took 5 months to complete the house construction, a team of 10 laboured from morning til evening to accomplish this. Finally, the walls were coated with clay with the help of villagers before a team of volunteers put some painting touches to the balcony, doors and windows. 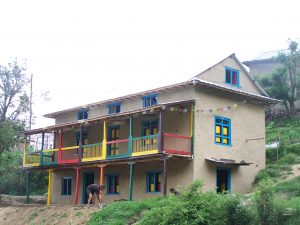 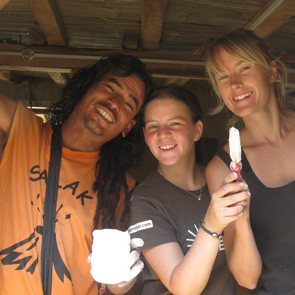 Sadly, the builder, Dhurba passed away a year after this house was complete. A massive thanks to him and his family for their contribution to the cause. It was his expertise and knowledge that enabled us to open the road to education in the village of Sathikurya, and that legacy will live on. 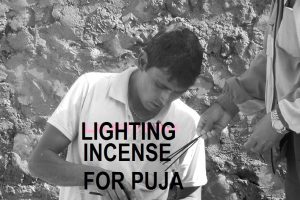