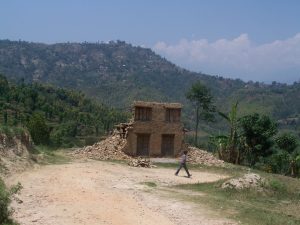 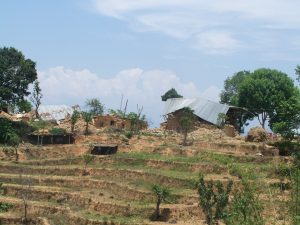 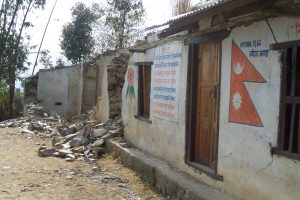 Along with all the tales of woe, despair and heartbreak came tales of courage, solidarity and determination. The initial 3 days of total shock and alerts subsided, the aftershocks became a mere facet of daily life, and the Nepali people started to do what they have always done in the face of adversity – came together to help each other out under extra-ordinary circumstances.

The government and other organisations were overwhelmed by the sheer scale of destruction and death. The people rose up, chipping in wherever they could, assisting those in need. Hospitals were packed to the rafters inside, the dead and injured littered the ground outside. 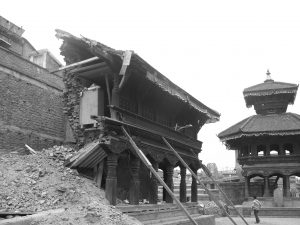 April 25th was a Saturday. Schools and offices were closed. Had it been any other day of the week, when students sat at their school desks, or at night, when most people slept, surely hundreds of thousands would have perished. It could have been during the rainy season where many more would have succumbed to pneumonia and other diseases whilst sleeping outside. The timing was bad. But nobody had planned or prepared for something like this.

It will take Nepal many years to rebuild. It should be done slowly and carefully. The aftershocks have subsided, but the fear that such a tragedy can happen anytime, anywhere, will keep people on edge for years to come. 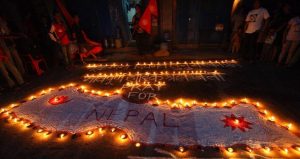 With the completion of our own Sathikurya Community School in 2014, Nagarhope had in total constructed classroom blocks for 4 different schools. Our own school was damaged beyond repair. The 3-roomed school building of Mahakali SS in Nagarkot, Kavre and Terse SS in Talamarang, Sindupalchowk were totally destroyed. Our rented office in Nagarkot was cracked and unfit to use. Nirvana, Dhurba’s home, and where Nagarhope started 10 years ago was reduced to rubble on three sides. Our education support centre in Teku, Kathmandu, although undamaged had to be shifted three times this year due to another damaged school moving in and taking the rent on the premises. All in all, Nagarhope’s operations were 90% disrupted by the quakes and their aftermath. Many displaced students who were on our sponsorship programme have left for various reasons.