Temporary Learning Centres or TLCs were introduced into Nepal after the quake ravaged over 35,000 classrooms in the affected districts. Schools were inspected by government appointed engineers and were given either RED (Unsafe- Asurachhit) or GREEN (Safe- Surachhit) stickers. Any classrooms or blocks with a red sticker were to be vacated and ordered to be deconstructed. In the months following the earthquakes, many schools, NGOs, INGOs and community groups spent time and resources constructing TLCs to facilitate getting affected students back into schools. 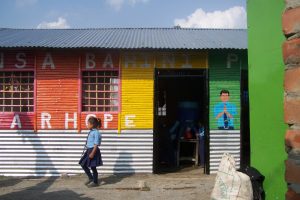 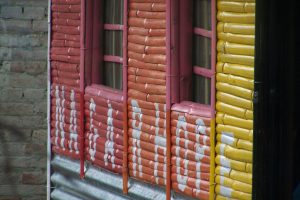 The design for TLCs was agreed upon by the government and different organisations and this blueprint has been widely used for rebuilding. Nagarhope had constructed or put the finishing touches to over 10 TLCs for various government schools in Kavre, Gorkha and Kathmandu districts. Some initial TLCs were constructed poorly and in haste in the race to get schools open on time. Nagarhope used specially trained bamboo artisans to construct using a special type of bamboo from the Tarai, that has a long life and is specially treated with waterproof paints to withstand the adverse weather conditions. 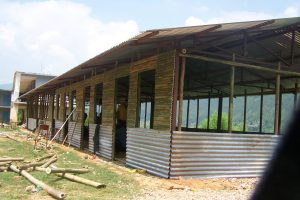 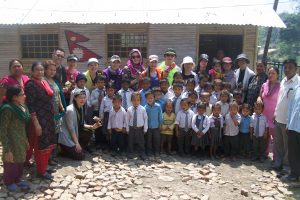 We like to call them semi-permanent as opposed to temporary, as schools can use these facilities for 5 years and beyond due to their longetivity. A big thanks to the Pahari team from Godavari for providing the expertise and training whilst constructing these TLCs. 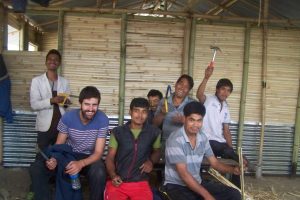