It hadn’t been planned beforehand, but as this house was under construction, it was noted that we would now have a house with no furniture and nobody living there. An empty house, what purpose would it serve? 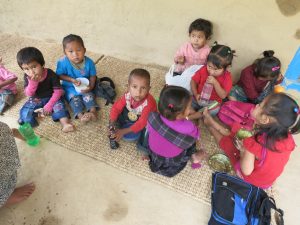 Having been involved in the education sector, it seemed natural that Nagarhope would evolve into opening its own school. And that’s exactly what happened. In April 2014, Sathikurya School opened its doors to twenty children in Nursery class, assisted by two teachers and a caretaker. 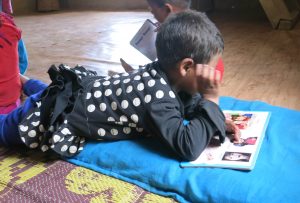 Coincidentally, the closest government run school closed its doors due to lack of students that same year. Had it not been for Nagarhope providing education in this village, many of these children would have had an hour or more trek to the next nearest school. 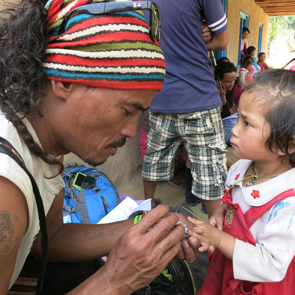 It was a year in which we learned what an immense undertaking and responsibility opening and running a school is. Thankfully, we have had the support of parents and locals that has only strengthened over time. 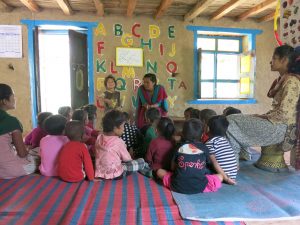